Skip to main content
Luxury home linens tailored to your style and needs.

where to find us

The KUNSTATELIERS SLABBINCK NV/SA web site is made available to you, the user ("User"), on the provision that you accept the conditions and notifications contained in this document without modification. KUNSTATELIERS SLABBINCK NV/SA reserves the right to modify the content or layout of this web site at its own discretion and without prior notice or to terminate the availability of this web site. Your access to this web site and the use thereof serve as acceptance of these terms and conditions.

Use of the web site.

The User accepts to use this web site as authorised under applicable local, state and federal laws and regulations. In addition, the User consents to refrain from:

Screening of web site use.

Through the sheer act of using this system, the User expressly accepts that he/she and the activities he/she performs whilst visiting this web site may be subject to checks performed by the web site's administrator at all times. The User is also being apprised of the fact that system administrators are qualified to provide evidence to law enforcement officials of activities of a potentially criminal nature found during such checks. If the Users chooses not to accept such checks and scrutiny, he/she is hereby requested to log out from the system forthwith.

KUNSTATELIERS SLABBINCK NV/SA declines all responsibility and liability for all and any information, messages or materials presented on these or any such web sites, or on the web sites which are referred to in the links themselves. By including links to web sites administered and hosted by third parties, it is not KUNSTATELIERS SLABBINCK NV/SA' intention to express any form of recommendation, endorsement or approval of said links or the products and/or services promoted by these links, merely to present these links for the ease and comfort of the User. Each third party web site is subject to its own set of rules and regulations with regard to the suitability of information for public consultation. The User remains fully responsible for using any third party links and references.

The User accepts that the KUNSTATELIERS SLABBINCK NV/SA web site contains intellectual ownership which is protected under trade mark, trade secret and/or copyright law. The User accepts not to use, multiply, copy or disseminate any part or section of this web site with its pertaining content, nor to use it as a basis for derived work or to undertake any other kind of action which may serve to infringe the intellectual property rights of KUNSTATELIERS SLABBINCK NV/SA.

The brand KUNSTATELIERS SLABBINCK NV/SA and its logo are registered brand names and protected as a European Trade Mark (CTM) N̊ 000020024 (registration 05/01/1998).

Through the sheer use of the KUNSTATELIERS SLABBINCK NV/SA web page for any which purpose, the Users accepts all risks related to the use of the web site and the separate web pages contained therein. This risk includes all and any risks of damage to the User's computer, software or information by viruses, softwares or other types of files transferred from or activated by a KUNSTATELIERS SLABBINCK NV/SA web site or the consultation thereof by the User. The above enumeration is not limitative.

Under no condition can KUNSTATELIERS SLABBINCK NV/SA be held liable for any direct, indirect, special, accidental, resulting or punitive damage with the inclusion of, be it not limited to, the loss of profit or loss of revenue, resulting from or in any way pertaining to the use or the erroneous use of the web site, or through any which information, lack of information, documents, records, software, services or any other materials obtained through a KUNSTATELIERS SLABBINCK NV/SA web site. The User also duly accepts all and any risks resulting from the use of the web site, regardless of whether this is based on an agreement, an illicit act, civil liability or other, even in the event where KUNSTATELIERS SLABBINCK NV/SA and/or one of its employees, branch offices or agents have been notified of the possibility of damage occuring. KUNSTATELIERS SLABBINCK NV/SA declines all liability for any loss or any physical injury caused entirely or in part through an act on its part, through its negligence or conditions beyond its control, including the supply, compilation, demonstration or delivery of information or resulting from any which errors, negligences or inaccuracies in the information presented regardless of the cause underlying such, or as the result of a decision or acts or doings - whether or not performed - on the part of the User relying on the information presented or the lack of information.

UNDER NO CONDITION ARE USERS ALLOWED TO SEEK ACCESS TO OR ATTEMPT TO SEEK ACCESS TO KUNSTATELIERS SLABBINCK NV/SA' COMPUTER SYSTEM, COMPUTER NETWORK OR ANY PART OR COMPONENT THEREOF, WITH A VIEW TO COMMITTING ANY WHICH FRAUDULENT ACT, TO COMMIT THEFT OR TO VIOLATE ANY LOCAL, STATE OR FEDERAL LAWS OR REGULATIONS. In the event of the illicit use of the web site or the unauthorised or illegitimate use by the User, KUNSTATELIERS SLABBINCK NV/SA reserves the right to deny the User access to the web site or the right to use the web site or to ban the User from using the web site in future.

Use of interactive media.

The User accepts to compensate KUNSTATELIERS SLABBINCK NV/SA, its officials, agents, staff and other workers operating under its supervision for all liability, costs, solicitors' fees and any damage resulting from or pertaining to the use of the web site in any which way, with the inclusion of claims in which facts are alleged which, if proven true, would constitute an infringement on the part of the User against the present terms and conditions.

The present Agreement is governed by applicable Belgian law. The User accepts the exclusivity of Belgian jurisdiction and the territorial jurisdiction of Belgium for all and any disputes resulting from or pertaining to the use of the web site. The use of the web site is not permitted in a jurisdiction which fails to execute all clauses and stipulations of these terms and conditions. The User irrevocably waives the right to resort to any form of statutory remedy or legal or any other form of redress or demurral which he/she may have at any which point with regard to the location of legal prosecution, lawsuits or legal claims resulting from or pertaining to the present Agreement instigated before such a court of law and irrevocably waives any claim that such criminal prosecution, lawsuit or legal claim be initiated before an inappropriate forum and furthermore irrevocably waives the right to demurral with regard to such a claim, legal prosecution, legal action or legal claim instigated before such a court of law, that such court of law has no authority over the User.

In the event sections of the present Agreement were found to be invalid or impossible to be put into effect as a result of applicable law, the invalid or inexecutable clause(s) is (are) to be considered as having been supplanted by a valid and executable term which concords closely with the aim and intent of the original clause(s), with the remainder of the Agreement standing unaffected and continuing to apply unabated.

Get inspired by our contemporary collection or create your own signature with the guidance of our design atelier. 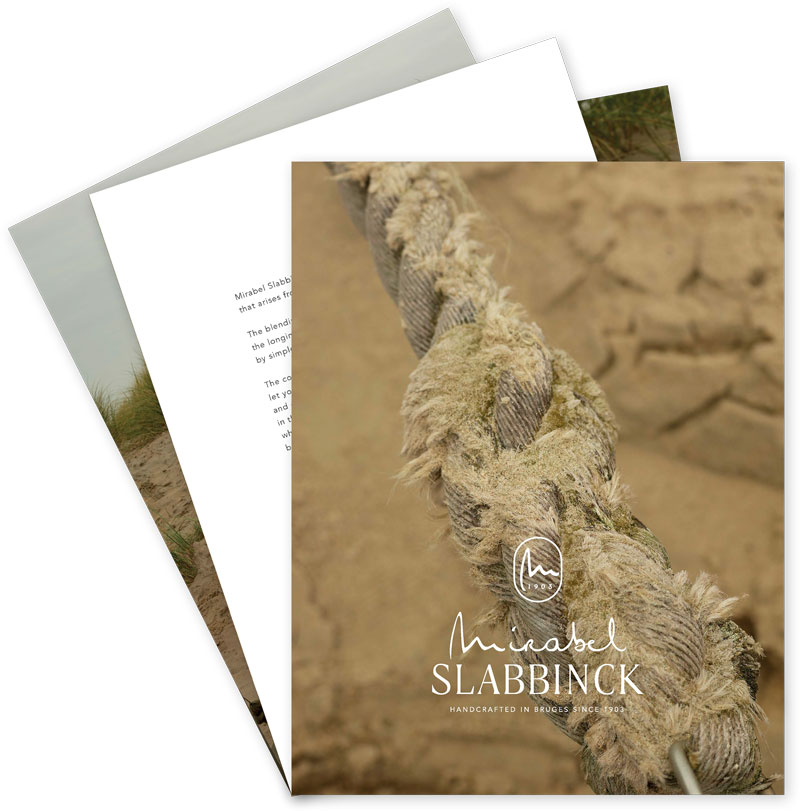